It’s mid-Summer here in England, so when it’s not cold, or wet, or both, then its heatwave time and we all run around a bit over excited looking for ways to cool down. In such hot weather going to the Lido now sounds appealing, rather than being the kooky off-the-wall thing it would normally be.

A lido sounds far more exotic and attractive than what it is. An outdoor swimming pool. The latter describes childhood traumas of packed people in a stew of tepid water (or worse ice cold water) with attendant human debris and flotsam of leaves and sticking plasters. A lido sounds like a step back to the 1950’s, of un-ending sunshine, joyously blue crystal-clear water, and a lucky few people smiling happily while cavorting around the pool. Yes a Lido really is a portal into a 1930’s railway poster!

But recently journalists and authors have picked up on the growing popularity of Lido’s, and its attendant fashion, wild swimming. Wild swimming having moved like jogging in the 60’s from an isolated idiosyncratic purist activity into the mainstream (pun intended!).

Is this growing popularity capturing the zeitgeist or is it just a passing fashion? What’s your view?

This site uses Akismet to reduce spam. Learn how your comment data is processed. 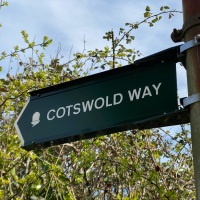 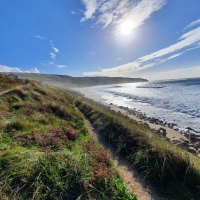 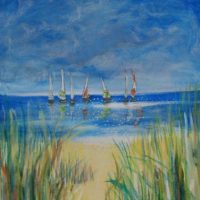 gerryobriendotorg.wordpress.com/
Travel Between The Pages

The Intersection of Travel, Books & Art

Views on Art and Architecture to Sport